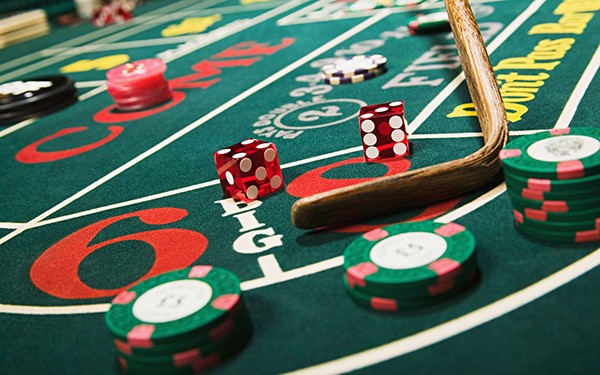 Craps Dealer Rules You Should Know And Remember

Craps is a popular dice game in which players bet on the outcome of the roll, or series of rolls, of a pair of dice. The craps dealer controls the action at the craps table and is responsible for managing all of the craps bets. In order to play craps, players and dealers alike must first learn the craps dealer rules.

These rules dictate how the craps dealer will manage all of the bets, payouts, and pot collection. Once players understand the craps dealer rules, they can then begin to place their bets and try to win some money. Craps is a fast paced and exciting game, and with a little practice, anyone can learn to play and enjoy it. Here are some important craps dealer rules to follow.

The Object of the Game

The object of craps is to roll a pair of dice and get a 7 or an 11 on your first roll, which is called a “natural.” If you get a 2, 3, or 12 on the first roll, that is called “craps.” The point is established if you throw a 4, 5, 6, 8, 9, or 10. Once the point is established, the object becomes to keep throwing the dice until you make that number again before throwing a 7. If you get your point, you then restart your turn, and you get to continue rolling. If you throw a 7 first, then you have “sevened” or “crapped” out. Then your turn is complete and the dice are passed to the next player.

There can be multiple players around the craps table at one time. The craps dealer will instruct players when it is their turn to throw the dice. The craps dealer sets the dice behind the “off” button and hands them to the person rolling, frequently referred to as “the shooter.” The shooter must then roll the dice with one hand only and hit the far wall of the craps table. If he does not do this, it is considered a “no roll” and the dice are passed to the next player. As we mentioned above, once a shooter has established his point, he keeps rolling until he either rolls his point again (and wins), or rolls a seven (and loses).

Players are not to roll the dice until the dealer has given the okay to proceed. In between rolls, players will make bets and dealers will pay players. When the dealer slides the dice back to the roller, that is the signal that it is again safe to roll.

Craps betting can be confusing at first because there are different types of bets. In craps, bets can be divided into single roll bets (meaning they only last for one roll) and multi-roll bets meaning that they can last up to a shooter’s entire turn. Placing bets on single rolls is riskier, but the payouts are generally higher. While there are more bets that can be placed, these are the ones you’ll need to know to get the hang of the game. We recommend taking some time to learn each of these types of bets before you get into anything more complicated.

All bets must go through the dealer and be done at the appropriate time. Dealers have a system for keeping track of which players placed which bets. They help keep the game running smoothly, including the bets. Craps dealers are trained to look for any unauthorized manipulating of bets and of the dice, and they’ll let you know when and how to play. Knowing the basics will help your game run much more smoothly and efficiently.

Do You Want to Become a Craps Dealer?

The Vegas Gaming Academy offers classes that teach you everything from the basics of the game to more advanced techniques. Learn from the professionals and get the skills you need to be a successful baccarat dealer. Enroll today or contact us at (702) 582-6129 to learn to become a successful craps dealer.